Culture Change Can Happen at Any Level of an Organization 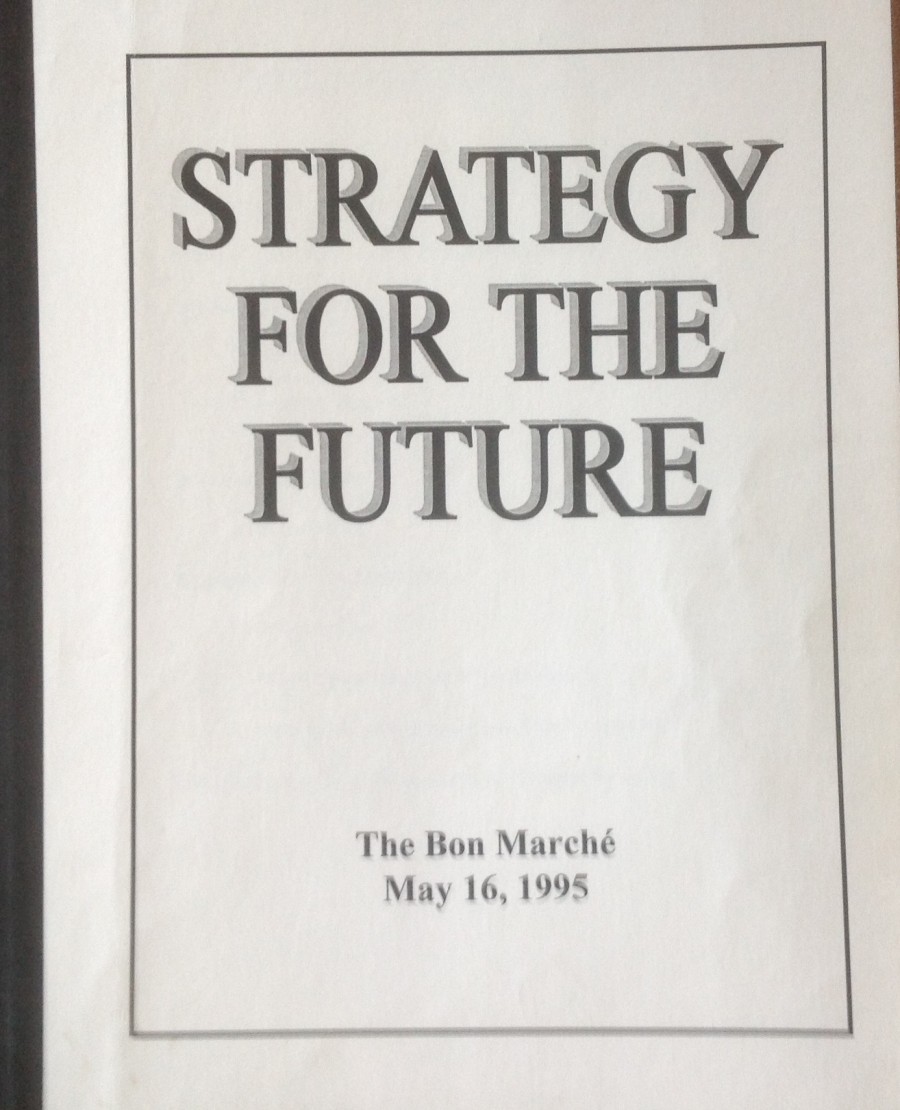 Why does Seattle lead the country in cultural changes and what does it mean to you?

Seattle is a very unique place on the earth – yes, we have water and mountains, cool places to be outside, bearable weather, and no bugs – and over the last over 100 years, Seattle has created or changed all types of American culture in a wide variety of industries. Let’s just discuss a few of these transformative cultural changes:

In the late 1800’s, Seattle held its 1st World’s Fair – the Yukon Exhibition, which reported over one million people visiting. This made Seattle the starting-off destination for the Alaska Gold rush.

In 1916 Bill Boeing built his first 2 airplanes and Seattle led the development of this new industry.

From 1939 till 1959, no new buildings were built in Seattle, but in 1950, Seafair was launched – creating a 66 year old culture of neighborhood festivals.

In 1962, the Seattle’s World’s Fair was held and in one year, Seattle designed and built one of the worlds most unique city icons: “The Space Needle”, which began Seattle’s reputation as a leader in the world’s technology revolution. About that time Gates and Allan created Microsoft – which became the leader in the computer revolution.

In the 1970’s Seattle became the retail front runner  for Junior Sportswear and Young Men’s Fashions, as the huge balloon of the Baby Boomers’ consumption behaviors took off.

In the 1980’s a book called The Nordstrom’s Way, by Robert Spector, made Seattle the epicenter of the customer service revolution.

In the 1990’s, after the world trade deals were signed and all consumer products became commodities – Costco led the development of Warehouse consumption. In the 1990’s and early 2000’s, when online purchasing took hold, Amazon became the leader in this revolution.

Then there is Starbucks and the coffee business, Expedia and the travel business, & The Gates Foundation making Seattle the center of the philanthropy world. UPS changed the world of logistics. There are more examples, but I think I made my point.

Seattle is once again leading the country in a very important cultural change: the designing and execution of our society toward the Millennial Culture.

There are over 80 million Baby Boomers still living, but we are at the end of our consuming behaviors – we will now be downsizing vs. buying. There are 38 million Gen-Xers, who are very practical and are not prone to over-consumption. Finally, there are close to 90 million Millennials, who are not buying cars – they live close to work – they profess a wish for a work life balance – and they are getting married later and might change jobs way more frequently that anyone before them. Loyalty and patience are not their defining traits.

Seattle is being transformed into a Millennial-centric environment, and watching this impact on the traditional Seattle environment offers an unusual opportunity to understand the dynamics and struggles that accompany any cultural change – at any level, and for any type of organization.

THE POSITIVE ELEMENTS OF THIS CULTURAL CHANGE

In the case of Seattle, this massive construction of new buildings where people work and live is clearly defining the Why and How of the transformation. Mr. Bassos, Mr. Allen, and Mr. Clise all have played a major role in defining their desired outcome of an “urban millennial campus” (Remember, Mr. Gates built in the suburbs, creating a replica of an University Campus). The traditional size of an office space 5 years ago was 200 square feet per individual. They are now looking at 90 square feet per individual. There is similar downsizing in the living spaces. Food consumption has changed as well: Millennials do not cook –they eat out – and they gather in “Third Places” more like Europe than suburban America.

This downsizing of the space people need to work and play is good for the planet.

Living close to your employment is good for the planet.

People not buying cars is good for the planet.

Being a minimalist is also good for the planet.

When you think of the mindset of the Millennial – and the future of the planet – Seattle is becoming the model for the future. This another time where Seattle leads the world into the reality of the next culture we will all have to live in.

There are more good things about this new model, but I think you get my point, that this cultural transformation is in sync, with the core values of the target audience, just as the baby boomer consumption culture was in sync with us.

THE NEGATIVE ELEMENTS OF THIS CULTURAL CHANGE

Seattle was built on some conservative and individual-focused cultural values. When, in 1965, the community had the chance to take federal money to build a rapid transit system, the population voted down the opportunity. This left the city to patch together a freeway and road system that is way too small for the current level of population. I often say that Seattle only has 2 traffic problems – You can’t get off the freeway and you can’t get on the freeway – there is no place to go, so the only answer is chronic gridlock. As this new cultural transformation takes place, people who need to drive to work and home are struggling with this cultural change; city zoning and permitting processes are giving the bikers, downtown dwellers, and bus riders all of the advantages, making it hell for the traditional “drive to work” Seattle residents.

The second negative element is the fact that Seattle is longer affordable for the common service employee. (Which is giving Seattle another cultural leadership position – being the first community to raise the minimum wage to $15 per hour).

THE UNINTENDED CONSEQUENCES OF THIS CULTURAL CHANGE

The unintended or unplanned outcomes from this explosion are also very dynamic and dramatic examples of how the culture continues to change. Here are just a few of the unintended outcomes:

With the huge increase in population, we are experiencing increased housing costs and transportation costs. The increase in rent prices is forcing lower income families to move out of the city – this has had an impact on crime, as you have to be employed to be able to live in Seattle. Crime has moved South, where the rents are lower. The transportation cost is putting intense pressure on the bus system – most rush hour trips are standing room only. The heavy construction truck and increased bus traffic are making lots of Seattle streets very much in need of pot-hole repair. My favorite unintended consequence is happening because of the destruction of old buildings and single family homes, making room for bigger and denser buildings; Seattle is now in 7th place for Rat sightings in American cities. Our massive cultural change is causing the rat population to be homeless – looking for a new place to live.

All cultural changes, in both macro and micro environments, create positive outcomes – as well as changes for the old culture adapt and respond to – And create a series of unintended consequences. The principles of an “ALL-IN CULTURE” allow this process to not only successfully complete the cultural change, but also ensure that the unintended consequences enhance the culture change vs. destroy the effort.

To be an “ALL-IN CULTURE”, four things have to be in play:

2] Everyone has to support some basic individual skills, that everyone practices [Listen with the intent to understand, and always define the problem before you decide on a solution].

3] Everyone knows and supports the processes that lead to decision making and how activities are prioritized.

4] Everyone knows and supports that decision will be made in a timely manner [ALL GREAT DECISIONS ARE MADE ON THE LAST DAY] – do you know when the last day is?

Culture change will continue to happen whether you want it or not –so, as the Nike Tag line says: JUST DO IT! 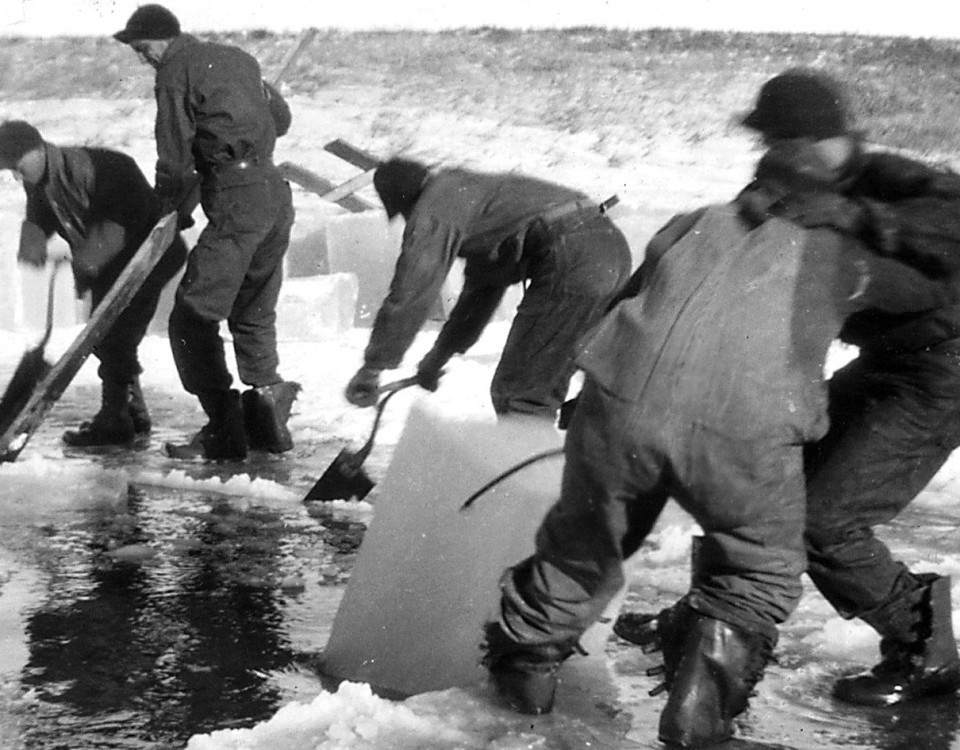 Will Your Organization Survive the Age of Disruption?